Tip Top Leáñez started out producing syrup and liqueurs. Don Angel came up with the idea of producing a Ponche crema, a traditional drink that originated in Venezuela and Trinidad. But it wasn’t until many years later that his son, Mr. Dick S. Leáñez started the process to create Ponche Caribe as we know and love today!

Tip Top Leáñez started out producing syrup and liqueurs. Don Angel came up with the idea of producing a Ponche crema, a traditional drink that originated in Venezuela and Trinidad. But it wasn’t until many years later that his son, Mr. Dick S. Leáñez started the process to create Ponche Caribe as we know and love today!

In 1965 Mr. Dick S. Leáñez began working on producing Ponche Caribe: a mixture of eggs, milk, sugar, rum, brandy and of course the ‘secret family spice’.  For 12 years, he experimented with endless formulas, tweaking the recipe and throwing out an impressive 65,000 bottles of Ponche before he created the perfect blend of ingredients. Finally, in 1977 on November 6, Tip Top Leáñez produced their first batch of Ponche Caribe. That recipe has remained unchanged.

Ponche Caribe is a cream-based liqueur with a sweet and rich flavor with surprising hints of cinnamon and vanilla. It’s unique velvety taste is a classic in the Caribbean and in Latin American countries and is often sipped as an indulgent afternoon drink or as an after dinner drink and always accompanied by long friendly chats. Only high quality ingredients are used and no preservatives are added to the mix, while you can still store it at room temperature for  over a year. It can be served straight, on the rocks or mixed. The lusciously creamy liqueur is also used to tweak cold and hot desserts, fruit and coffee.

We’ve collected a few delicious recipes for you to try.

Remember to shake before use!

Don Angel J. Leáñez was born in Coro, Venezuela, in 1897.  During a carnival celebration in 1928 he got a stone thrown in his eye and had to be operated on urgently. In those days the road infrastructure between Coro and Caracas were almost inaccessible and the shortest distance to a hospital was to get on a small wooden commercial fruit boat and travel to Curaçao.

Thankfully his eye healed well, which enabled him to see how beautiful Curaçao was. And when he met his future bride, Miss Emilia Solita Rojer, he decided to stay. At that time the Shell refinery was already established on the island.

On October 18th of 1935, Don Angel J. Leáñez founded Tip Top Leáñez and ventured into many different businesses from insecticides to chicken feed, eventually choosing the current business of bottling of syrups, essences and liquor.

He was very active in the community and cofounded the “Sociedad Bolivariana”.

In 1960 he was he was recognized by the Dutch Queen for his efforts and contributions to the community and was decorated with a Knighthood. His high and exacting standards are always actively applied in the company, making it the thriving business it is today.

Curaçao is well known for its dazzling blue Curaçao sea and beautiful sandy beaches. But Curaçao is also home to a rich historical culture and an interesting collection of architectural buildings. The capital city Willemstad is on the UNESCO World Heritage list. Its population consists of more than 55 different cultures living peacefully side by side. By the way, Curaçao is pronounced ‘Kur-ah-sow’ or ‘Kjoor-ah-sow’, the last syllable sounds like the ‘ou’ in sour.

Tip Top Leáñez currently imports and represents prestigious brands such as Moёt & Chandon, Dom Pérignon, Hennessy, Presidente Beer, E. & J. Gallo and wines from the best known wineries in the world. Ponche Caribe has been particularly popular in past few decades on the local market. Nowadays the demand for Ponche Caribe has gone up so high that we have decided to design a website especially for the purpose of exporting Ponche Caribe worldwide. So far it is being exported throughout the Caribbean, the United States, Central America and Europe and we’re looking forward to delighting the rest of the world with our Ponche Caribe!

Mr. Angelo J. Leáñez, grandson of Don Angel has successfully been running the company for many years now. He literally grew into the business. He started out as a young boy helping his grandfather by doing little chores, like sweeping and cleaning machines. For years he explored every corner of the business and climbed his way up to being the owner of a successful business today. The name Leáñez stands for quality, authenticity and integrity. Throughout the years the second and third generation have remained true to the exacting standards of Don Angel Leáñez. 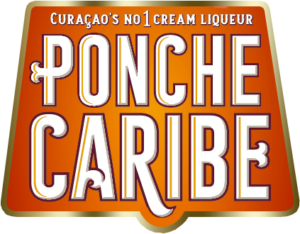 ARE YOU OF THE LEGAL DRINKING AGE IN YOUR COUNTRY?